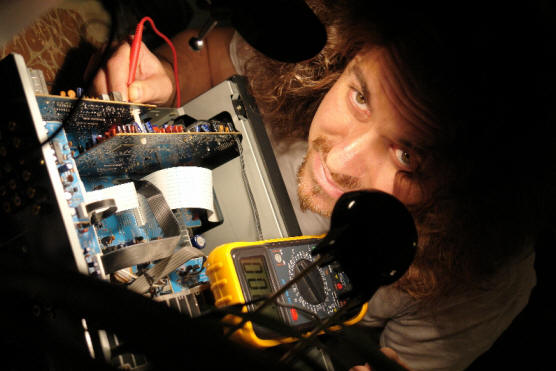 I am co-founder of TEFI Vintage Lab with Emanuele.
I work on the research and development of all TEFI circuits.
I was born in Brescia and moved to the Abruzzo coast in 2007.
I play the electric bass,  organs and measuring instruments.

My inclinations for electronics were revealed at 2 years old when I dis-assembled my father’s Grundig cassette tape recorder. My musical ear at this early age developed thanks to the famous riffs I heard over and over again on RAI television shows and the noises from the many nearby industrial workshops, having spent my childhood in what was the area of maximum industrial development in the early twentieth century. When still a child, and later as an adolescent, my main interests were sound effects and the basics of music, and I cultivated a passion for HI-FI, which was only possible to hear at a friend’s house. This lack of my own means further refined my musical ear and my sensitivity to sounds and harmonics; there was the music I listened to on very basic equipment and there was the music I created myself using discarded oscillators and generators I found lying around. The musical explosion within me really took place when I first heard The Doors, who I got to know just a few months before the release of the eponymous film in cinemas, in the summer of 1991. Thanks to my first earnings, I bought some vintage instruments and various effects, which I modified for myself, as well as those of friends in the bands where I was playing. And it has never stopped.
Favorite bands: The Doors, Deep Purple, Led Zeppelin, Pink Floyd: particularly the Syd Barrett period, Kraftwerk, The Verve, Blur, Miles Davis, Nicola Conte, Saint Germain.
Hobbies: Model railways, the weather, basic astronomy, botany. 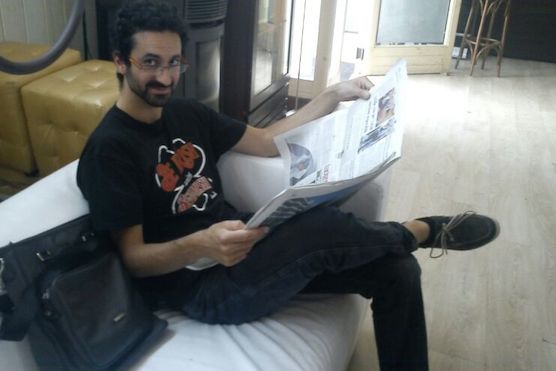 I am co-founder of TEFI Vintage Lab with Andrea.
My role is to turn Andrea’s circuit idea into a product.
I was born in L’Aquila, today I live in Pizzoli, a small town near my hometown.
I play the electronic organ, the synthesizers, electric guitar and electric bass.

My first encounter with music took place in 1983 when, at the age of 4, my uncles gave me a diamond Bontempi organ, thanks to which I discovered a passion for music and sounds, up to the point that my parents decided to let me take piano lessons. My first contact with electronics took place in 1987, when the power supply of my neighbors’ Commodore Amiga 500 decided to self-destruct; not being able to afford to buy another, I decided to fix it myself. My uncle thus taught me the noblest art I have ever learned: the use of a tin soldering iron. The fusion of electronics and music took place in 1992 when, for the first time, I heard a group called “Nirvana”, whose guitarist used a pedal that created violent distortion. With the small savings I had, I decided to buy a Japanese copy of a Gibson SG, a 5W mini-amplifier. However, the distortion was missing. So, the same uncle gave me all his Elettronica 2000 magazines; in one of these I found a distortion device that I built and later modified myself. Shortly afterwards was the turn of a phaser that I modified trying to get a pseudo-Leslie effect for an electronic organ. Since that day I have never stopped studying music, electronics, and everything connected to this fantastic world.
Favorite bands: The Doors, Jethro Tull, Pink Floyd, Soft Machine, Caravan, Deep Purple, Fleetwood Mac, Supertramp, The Trip, Le Orme, Tame Impala,  Pond, Temples, Khruangbin, Still Corners.
Hobbies: Mountain hiking, running, motorcycling, collecting vintage alarm clocks.