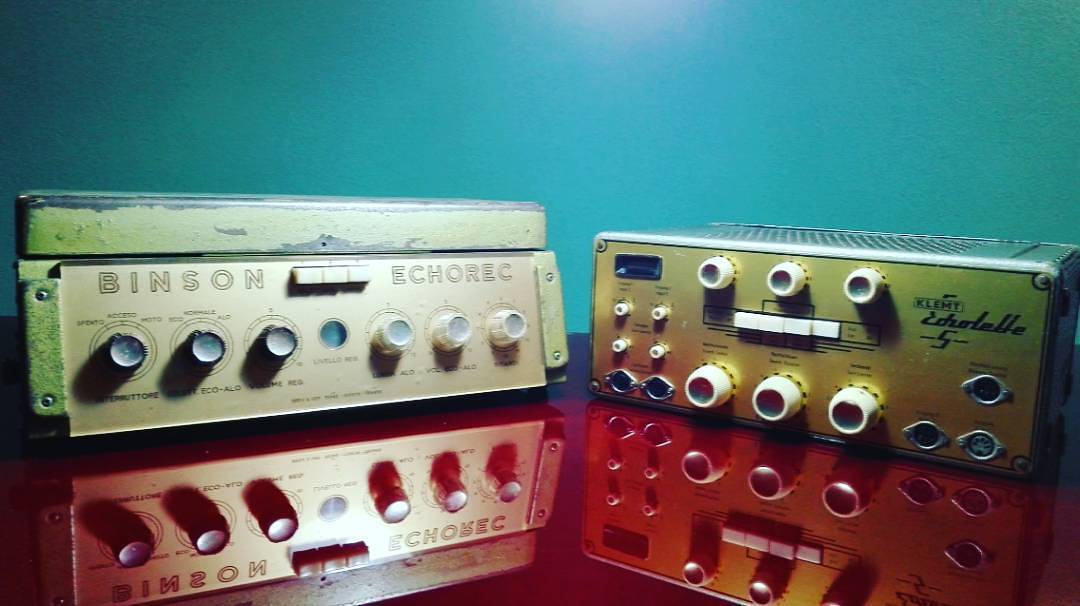 The sonic secrets of vintage echoes

The old magnetic echo units, which characterized the sounds from the late 50s up to the late 70s, have been rediscovered in recent years, starting from late 90s, when digital echoes and reverbs with as yet unevolved DSP provided artificial effects based on repetitions-photocopies, producing cold and often tinny sounds.
Electromagnetic echoes differed as far as models and the type of mechanical support used, either magnetic tape or magnetic disk, but in essence they were the evolution of a reel-to-reel recorder, installing two separate heads, one for recording and one for reproduction, so that with hi-fi reel-to-reel tape recorders equipped with three heads, such as the famous Revox A77 (also high-end 3-head cassette tape), it was possible to obtain – albeit with limited use – an echo effect (the famous 70s ping-pong type, with rebound between left-right channels) by re-entering the playback signal into the recording channel. 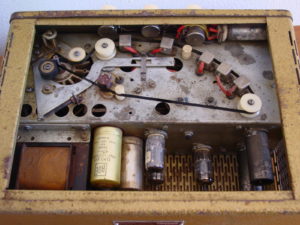 Substantially, a magnetic echo effect is a recorder in which the recorded signal is reproduced by a physically separate electromagnetic head and re-entered into the recording head to reiterate its repetition, until eventually reaching a rhythmic noise, overmodulated by an excess of Rec/Repro re-emission. The delay, density and pattern of the repeats depended on the number of recording / playback heads installed, their combination and the re-entering of the reproduced signal, an example of which is called “feedback”. The principle is as simple to describe as it is difficult to achieve with high fidelity behaviour and a sufficient dynamic range. Fidelity and dynamic response depend on the relative speed of the magnetic support in the passage over the heads: at the same quality of the support, the faster the tape passes the greater will be the fidelity and reproduction dynamics obtainable, but without long delays (distant echo repetitions), and vice versa. It should also be added that the same construction of the heads (especially those of professional recorders) had to take into account features often in contrast with each other: a large air gap offering greater effectiveness in storing the magnetic medium, while a narrow air gap improved the response to high frequencies. 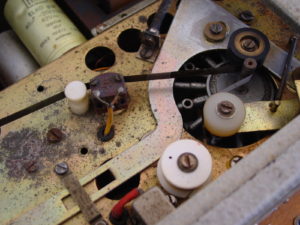 However, the fidelity achieved by the German tape echoes in the mid-60s was relatively good, but even more so – almost hi-fi level- was that of the magnetic disk echoes patented by the Italian company Binson in 1959. If today we hear devices of this type sounding poor and gloomy, it is not because they “sounded like this”, but rather it is the effect of wear and tear and mechanical-electrical miscalibration, probably aggravated by lack of maintenance.  The partial limitation of frequency response (not in any way muffled) is the main reason why electromagnetic echoes generally sound more natural than a generic digital device that gives “parrot-like” repetitions: this is because the acoustic repetitions are greatly influenced by the material of the wall from which the sound is reflected, which practically never gives reflected sound at the same fidelity as the original sound. Echo units were often equipped with multiple recording / reproduction heads, and it was difficult to obtain a perfectly equal frequency response for each head, despite the presence of various internal calibrations often able to compensate the construction tolerances of the same heads, in addition to the mechanical precision required for their alignment. 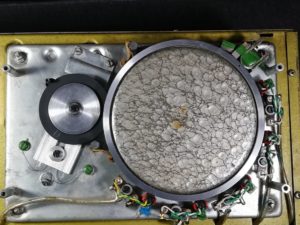 This is another “secret” that also meets acoustic reality: sounds reflected by multiple walls have different responses because each wall has its own response that can reflect both the original sound and the sound bounced / altered by another wall, thus introducing further absorptions or diffractions to modify it even further.
But all this is still not enough to explain the “magic” of a magnetic echo: a further “secret”, indeed, comes from its mechanical nature. The mechanical support is driven by a small electric motor through a rubber pulley, or (in tape loop effects) it is directly driven, where rotation speed is low enough. Even when perfectly efficient and well maintained, the transport system could not guarantee uniform tape speed or constant magnetic disk rotation due to micro-speed variations, classified according to frequency and characteristics, known as “Wow “and” Flutter “. Their cause is due to the imperfect density of the means of motion transmission (rubber pulleys, belts) and the manufacturing and centering tolerances of the shafts and pulley grooves, so much so that ANY system based on moving mechanical parts always displayed a small percentage of Wow and Flutter, although very low in professional or high-end quality equipment. So-called “Wow” embraces frequencies lower than 10Hz, and is essentially due to periodic phenomena, such as very slight off-centered drive shafts and transmission pulleys and is difficult to emulate as a simple periodic function as the parts involved are often more than one, unless there are constructional defects that enhance a single “Wow” periodical compared to the others. 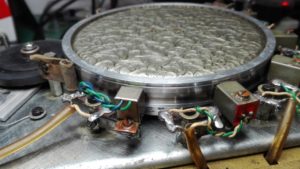 “Flutter” generally embraces frequencies higher than 10Hz and has a statistical and impulsive/random character: it is essentially due to contact micro-irregularities between pulleys and rubber wheels or, in tape loop echoes (or recorders), from the micro-irregularity of adhesion between the capstan (the constant speed drive shaft) and the pinch-roller (rubberized pressure roller that keeps the tape adhering tight to the capstan) due to the imperfect density of the rubber with which the gears are coated. These problems generally get worse over time with the aging of the rubber parts and the alteration of their density and adhesion characteristics. This effect is extremely difficult to emulate with acceptable realism. Both types of modulation act on the magnetic support as a phase modulation (Phase-Jitter), which if sufficiently exasperated is heard as an apparent frequency modulation that is more or less pronounced depending on the frequencies that make up the source signal. This introduces, especially in the presence of “Flutter”, “bushes” of frequencies close to the original one, making signal reproduction less clear and repetitions smoother, becoming a kind of reverberation (multiple unrelated repetitions). This too has contact with acoustic reality as the “rebounds” of reflected sounds gradually become weaker and smoother, sometimes turning into true reverberation. Sometimes this modulation was exasperated to create particular effects: the accelerated piano solo in the Beatles’ song Lovely Rita (from their famous album Sgt Pepper’s Lonely Hearts Club Band) was treated with an echo, where the capstan was covered with adhesive tape to make the dragging of the tape over the surface rougher and more irregular creating a reverberated chorus-flutter effect that gives the impression of superimposed strings on the same piano, an effect generally called PAD. These are the secrets that characterize the “magic” of vintage magnetic memory echoes on tape or disk: small irregularities and tolerances that made the difference. It is a demonstration of an old motto: “perfection is the enemy of good”.